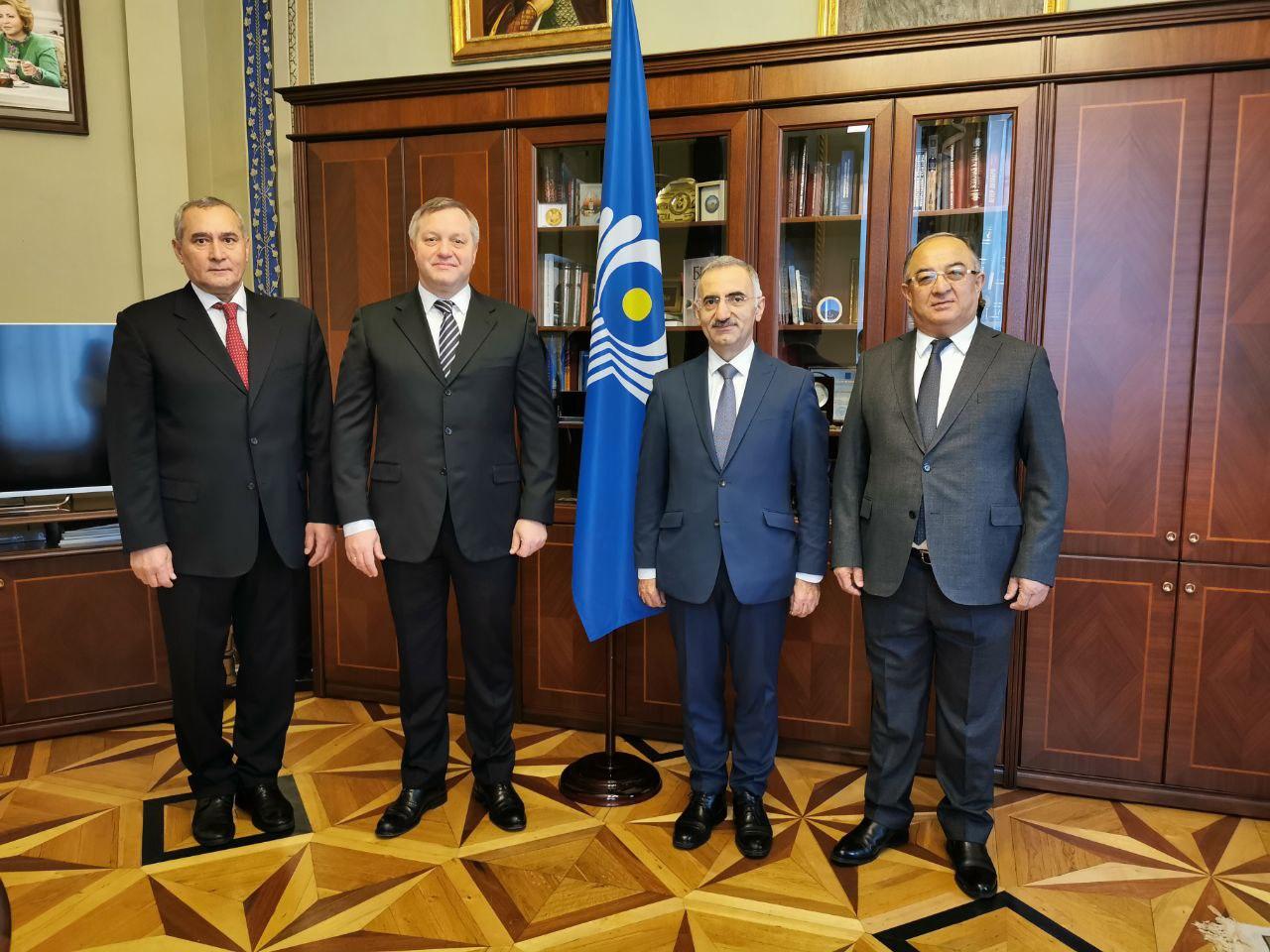 The event was attended by scientists, politicians, representatives of public organizations, as well as employees of the Secretariat of the IPA CIS Council, headed by Dmitry Kobitsky, Secretary General of the IPA CIS Council. The meeting was chaired by Nikolai Ivanov, deputy of the State Duma of the Federal Assembly of the Russian Federation, member of the IPA CIS Permanent Commission on Culture, Information, Tourism and Sports.

Opening the event, Dmitry Kobitsky emphasized the importance and relevance of the issues that are in the center of attention of the Expert Council.

The meeting participants approved the composition of the Expert Council and the Regulation on the Expert Council of the IPA CIS - RCC, taking into account the comments and suggestions made at the meeting. Presenting this document, Nurudin Mukhitdinov noted the important role of the digital economy, which today covers almost all aspects of life of a particular person, as well as entire states, and all public authorities. RCC Executive Committee Director.

Having decided on organizational issues, the members of the Expert Council went on to discuss current trends in the development of digital technologies.

At the meeting of the Expert Council of the IPA CIS - RCC, the following issues were considered:

- On current trends in the development of digital technologies,

- On the legal basis for the digital development of society in the Commonwealth of Independent States,

- On the draft model law "On Digital Development",

- On the prospects for the development of a model law “On the suppression of violations in the field of information and communication technologies”,

- On the Perspective Plan of Model Legislation in the Commonwealth of Independent States for 2020–2022: Aspect of Digital Development,

- On the prospects of developing a new edition of the model Information Code for the CIS member states,

- On the organization of an international conference on the legal support of the digital development of society (2021, St. Petersburg, Tauride Palace).

Within the framework of the 21st meeting of the IPA CIS - RCC Expert Council, a meeting was held between the Secretary General - the head of the Secretariat of the IPA CIS Council Kobitsky Dmitry Arkadevich with the RCC delegation: Chairman of the High Level Working Group on the Development of the Information Society, Deputy Minister of Transport, Communications and High Technologies of the Republic of Azerbaijan Velizade Elmir Tofig oglu, General Director of the State Unitary Enterprise “UNICON.UZ” of the Republic of Uzbekistan Mahmudov Mazsum Mubashirovich and General Director Rector of the Executive Committee of the RCC, Mukhitdinov Nurudin Nasretdinovich.

At the end of the meeting, the participants expressed gratitude to the IPA CIS Secretariat and the RCC Executive Committee for the high-quality organization of the meeting.

Meeting of the IPA CIS Expert Council and the Regional Commonwealth in the Field of Communications - link to the press service photo album. 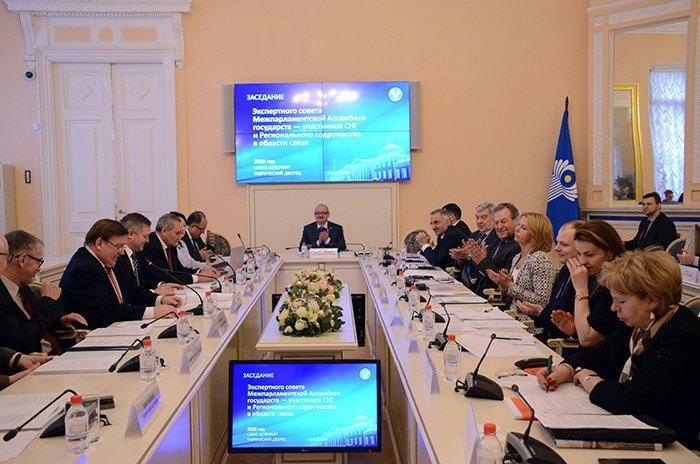 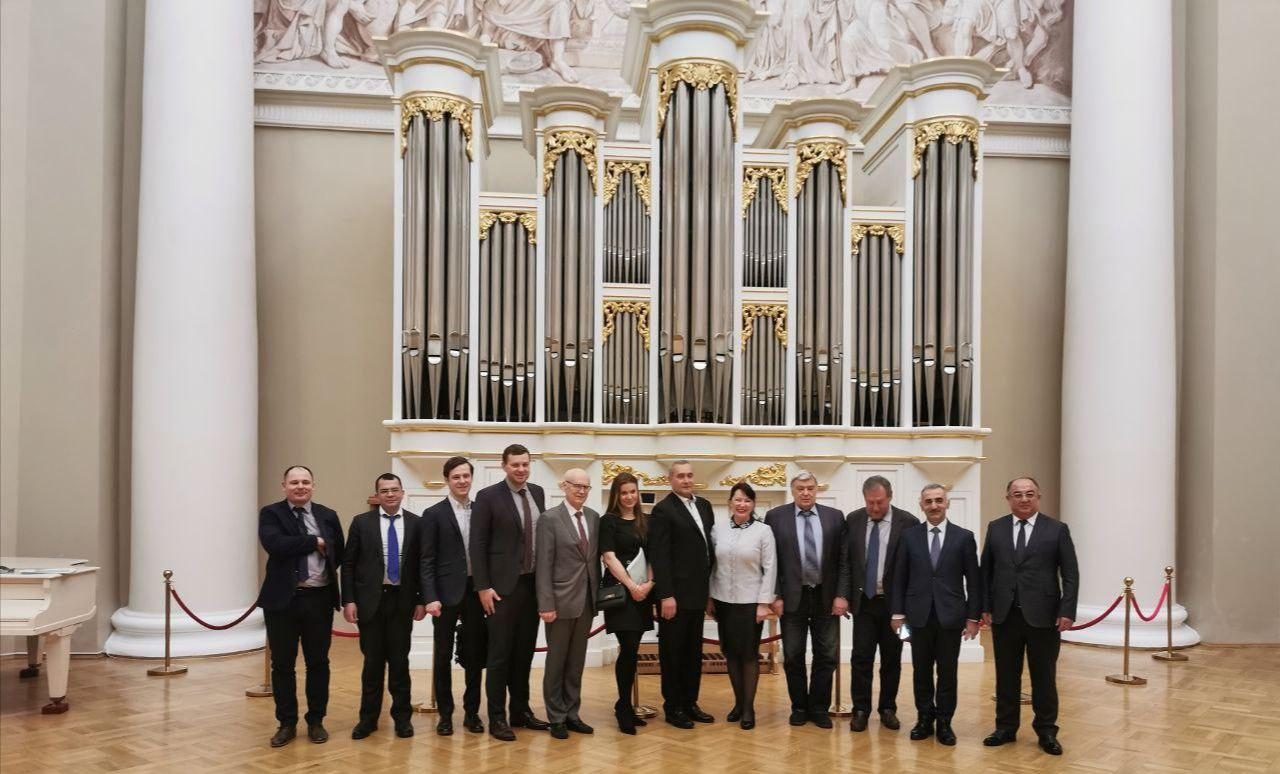