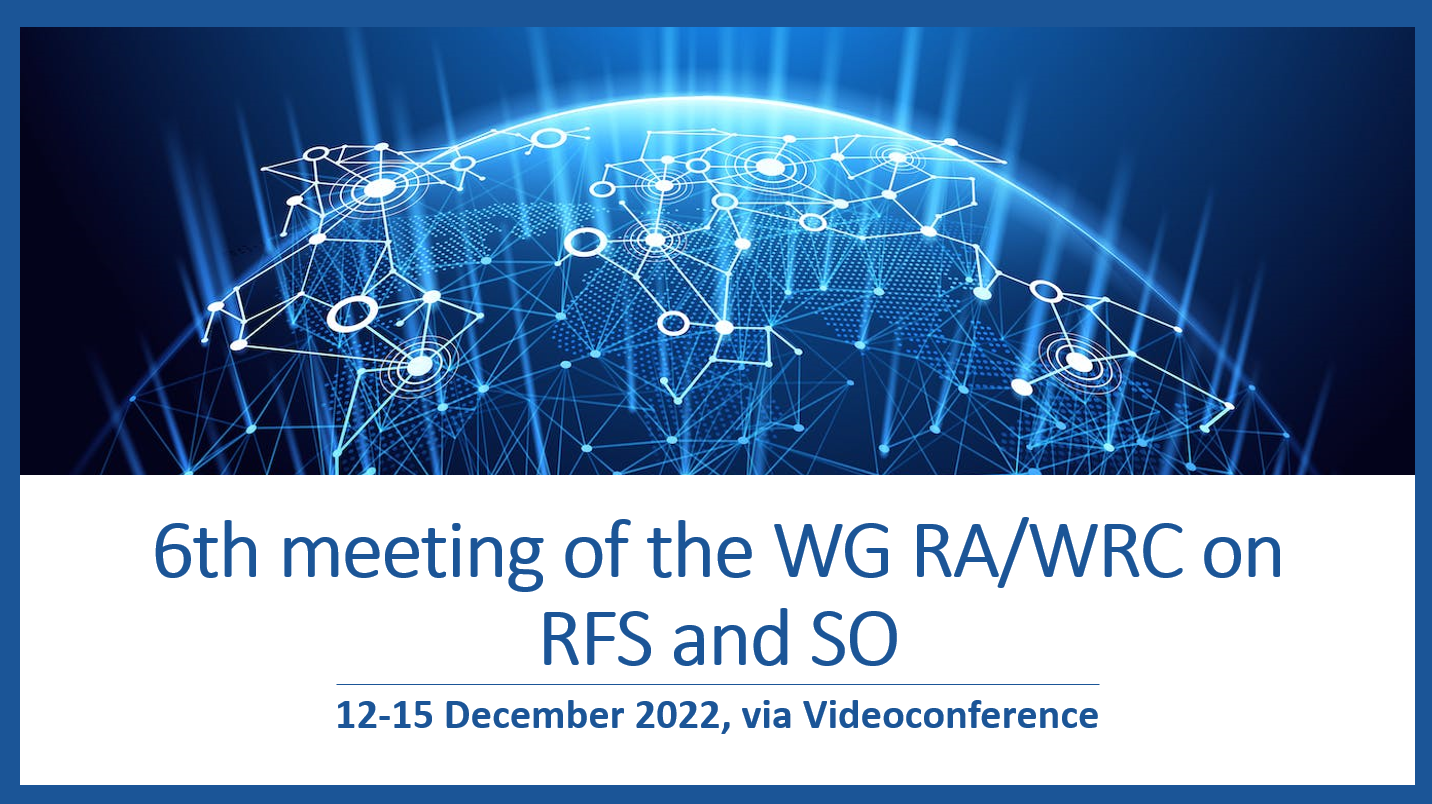 From December 12 to 15, 2022 the 6th meeting of Working Group the RA/WRC of the RCC Commission on the Regulation of the Usage of the Radio Frequency Spectrum and Satellite Orbits (RCC Commission on RFS and SO) was held via videoconference using the “Zoom” application.

The meeting was chaired by Albert Nalbandian, the Chairman of the RCC WG.

Welcoming remarks to the participants of the meeting were addressed by:

- Velery Butenko, Chairman of the RCC Commission on RFS and SO.

The following items were considered at the meeting:

- Information about the ITU PP decisions (Resolutions concerning equal use of RFS and satellite orbits);

- Report on the meeting on preparation of WG-6 RA/WRC;

- Clarification of the composition of the CSC on the agenda items of WRC-23;

- Consideration of the Coordinators' materials, including the draft general proposals, on the issues of WRC-23;

- Consideration of materials of the ITU-R PVP EC on RA-23 issues;

- On international events on RA/WRC issues;

- Information on the ITU-R Regional Workshop;

- Information on the interregional workshop on preparation for WRC-23;

- Information on the activities of the WRC-23 informal group for RA/WCR-23 preparation.

In conclusion, Albert Nalbandian, the Chairman of the WG RA/WRC, thanked all the participants of the meeting for their active and fruitful work, as well as the RCC Executive Committee for the quality organization of the meeting in the format of videoconference.

The next meeting is planned to be held in February 2023.