On July 27, 2021, the third Working Meeting of the Project Group on the work related to the search for additional channels to the Geneva-06 Plan in the 470-694 MHz radio frequency band in the border areas between the RCC member countries, as well as other countries participating in the Geneva- 06 ”(PG TsTV), using the Zoom platform.

The meeting was opened by the Chairman of PG TsTV, Deputy Head of Department of FSUE NIIR of the Russian Federation Lashkevich Andrey Vladimirovich. 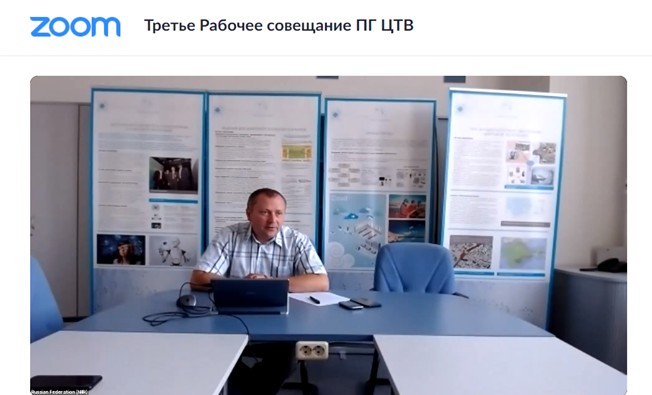 At the third Workshop, the following issues were considered:

- On the submission of initial data for the search for additional channels to the Plan for digital terrestrial television broadcasting "Geneva-06" of the RCC CAs in accordance with paragraph 3 of Decision No. 19/6 of April 16, 2021 of the RCC Commission on RFS and CO.

- On the results of the analysis of the sent initial data for the search for additional channels to the Digital Terrestrial Television Broadcasting Plan Geneva-06 in the radio frequency band 470-694 MHz.

- On the possibility of interaction with countries outside the RCC on the provision of initial data for the search for additional channels to the Geneva-06 digital terrestrial television broadcasting plan in the 470-694 MHz radio frequency band.

The next PG DTV Workshop is scheduled for 24 August 2021.

Concluding the meeting, the Chairman of PG TTV expressed gratitude to all the participants for their active and well-coordinated work, as well as to the RCC Executive Committee for the technical support of the Workshop.