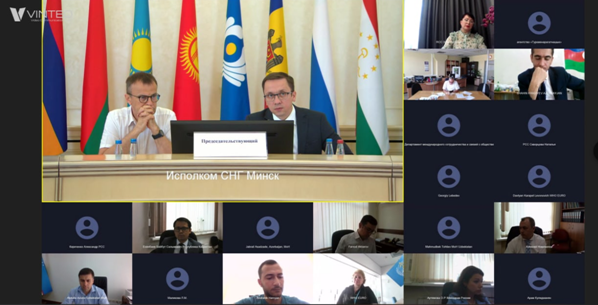 On July 14, 2021, a meeting of the Working Group on the integration of national e-health systems was held on the topic "On the development of telemedicine in the CIS member states: realities and prospects" in the videoconference mode.

The chairman of the meeting of the Working Group on the Integration of National Electronic Health Systems of the CIS Member States was the Head of the Main Directorate for the Organization of Medical Care of the Ministry of Health of the Republic of Belarus, Alexey Aleksandrovich Shcherbinsky. 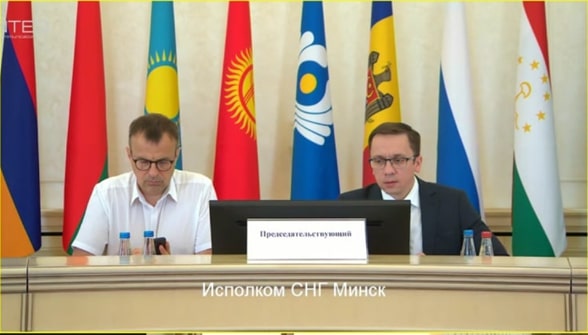 The experts considered issues related to the realities and prospects in the development of telemedicine in the CIS member states, the development of model laws of the CIS member states “On digital health care”. The initiatives of the Regional Commonwealth in the field of communications in the field of e-health were also discussed and a discussion was held on proposals for consideration at a meeting of the Council for Cooperation in the Field of Healthcare of the CIS.

The General Director of the RCC Executive Committee Mukhitdinov Nurudin Nasretdinovich made a report on the initiatives of the Regional Commonwealth in the field of communications in the field of e-health. 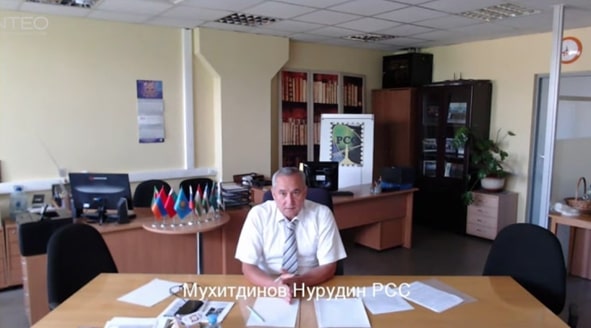 It was noted that the RCC's message is the formation of a base for cooperation in the direction of telemedicine in the countries of the CIS region.

Also, the RCC Executive Committee General Director announced his readiness to create a platform for interaction in this area within the CIS on the RCC official website.

In addition to the report of the General Director, the Deputy General Director of the RCC Executive Committee Zorya Natalia Evgenievna made a presentation on this issue.

In her speech, the Deputy Director General of the RCC Executive Committee said that one of the priority guidelines in the activities of the Regional Commonwealth are:

- the annual World Summit Forum on the Information Society, which is a global platform that contributes to the implementation of the WSIS action lines to accelerate sustainable development and achieve the Sustainable Development Goals (SDGs).

In addition, it was highlighted that the success of the final Decade of Action to achieve the Sustainable Development Goals will largely depend on digital solutions.

In her presentation, Zorya N.E. demonstrated that the CIS Region has identified five priority areas of activity, which are the main focus of efforts from 2017 to 2021: e-health, inclusive ICT education, climate change, smart cities and the Internet of Things.

At the same time, one of the five regional initiatives in the current period is - Development of e-health to ensure a healthy lifestyle and increase well-being for all at all ages.

The aim of the initiative is to help the states of the CIS region in the development of regulatory texts, technical solutions and specialized training programs in the field of e-health (including telemedicine) in order to provide the population with improved medical services through the use of infocommunications.

In addition, in April of this year, a Regional Preparatory Meeting was held, at which the priorities in the digital development of our region were determined at the regional level for the forthcoming four-year period (2022-2025). 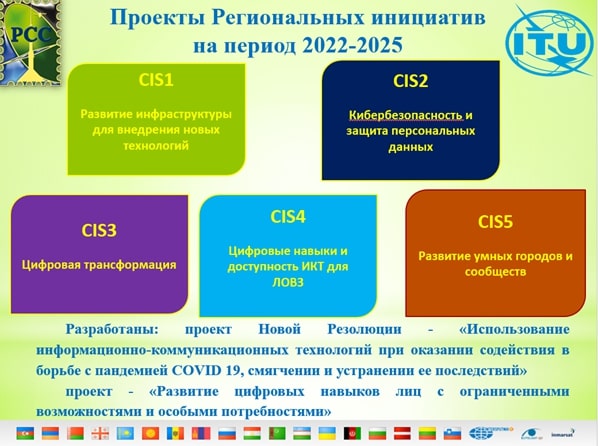 During her speech, Zorya N.E. also reported on the RCC initiative to develop model legislation within the CIS in the field of digital health, which will ultimately be reflected in national legislation in a number of RCC member countries.

At the moment, the draft model law "On digital health care" is being developed by the Expert Council of the IPA CIS - RCC. Work in this direction in our region will continue.

Upon completion of his speech, N.Ye. Zorya, Deputy Director General of the RCC Executive Committee informed about the joint initiative of the World Health Organization and the International Telecommunication Union “BeHe@lthy, BeMobile” - “Be healthy, be mobile”.

During the discussion, the date was determined for the next meeting of the Working Group on the Integration of National e-Health Systems, which will be held on September 9-10, 2021, in face-to-face format in Minsk, Republic of Belarus.

Alexey Aleksandrovich Shcherbinsky, chairing the meeting of the Working Group on the integration of national e-health systems of the CIS member states, at the end of the meeting, expressed gratitude to the meeting participants for the most interesting presentations, as well as gratitude to the leadership of the RCC Executive Committee for their initiative, support and readiness for further joint work on issues development of telemedicine in the CIS region.