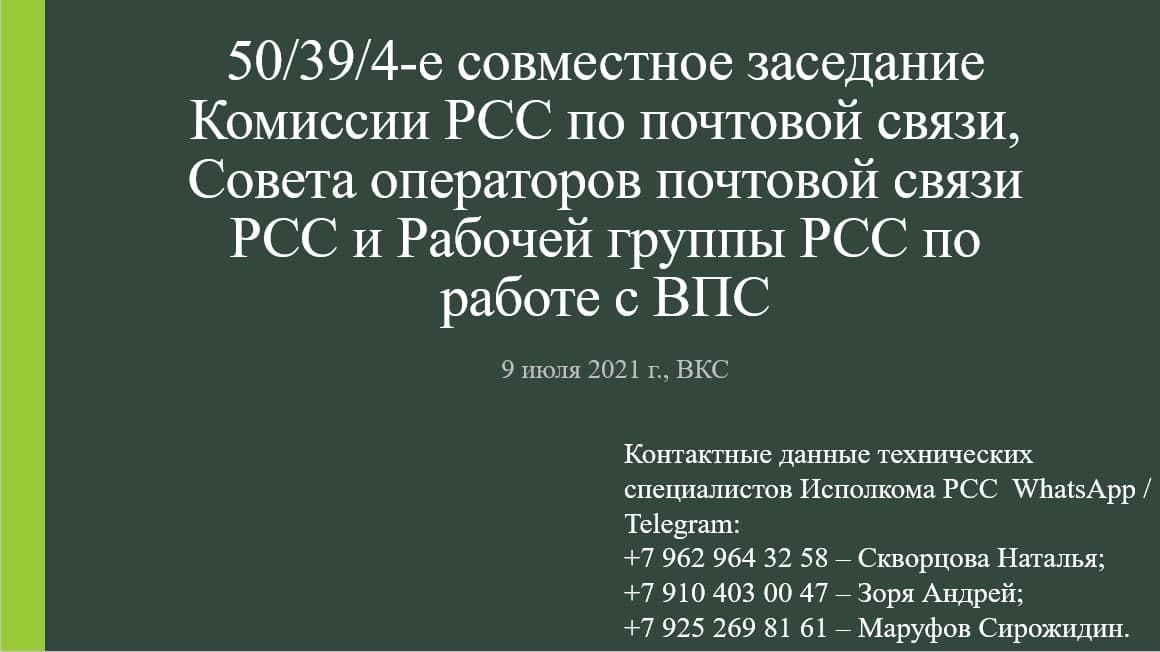 On July 9, 2021, the 50/39/4 joint meeting of the RCC Postal Commission, the RCC Postal Operators Board and the Working Group on work with the UPU in the videoconference format took place.

The meeting was opened by the General Director of the RCC Executive Committee Mukhitdinov Nurudin Nasretdinovich.

The following people addressed the meeting participants with a welcoming speech:

- Chairman of the RCC Postal Operators Board Fayzullaev Alisher Nasibullaevich. 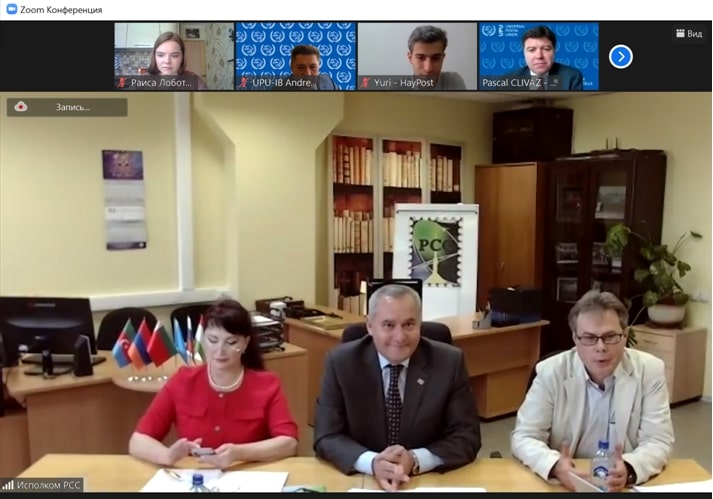 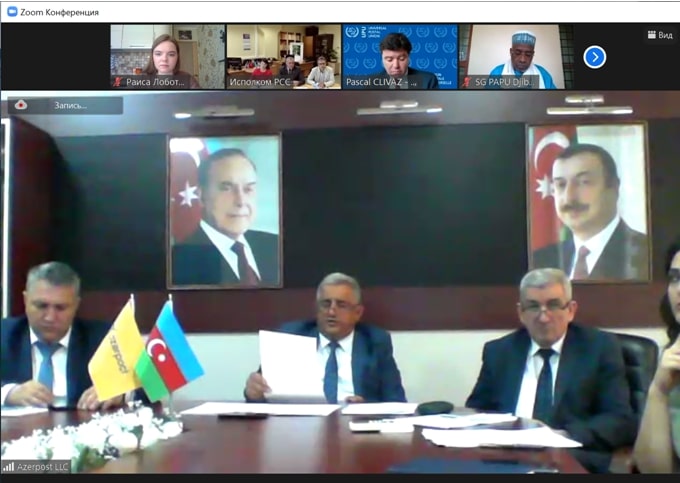 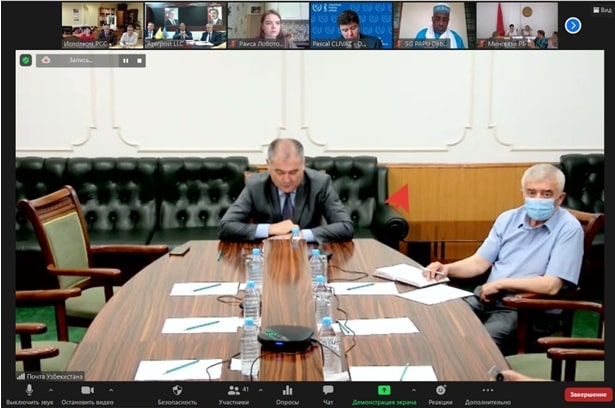 A special feature of this event was the participation in the work of representatives of the International Bureau of the Universal Postal Union (IB UPU), Post Europe (PostEurop), Pan-African Postal Union (PAPU), the Cabinet of Ministers of the Republic of Argentina, Japan Post (Japan Post). 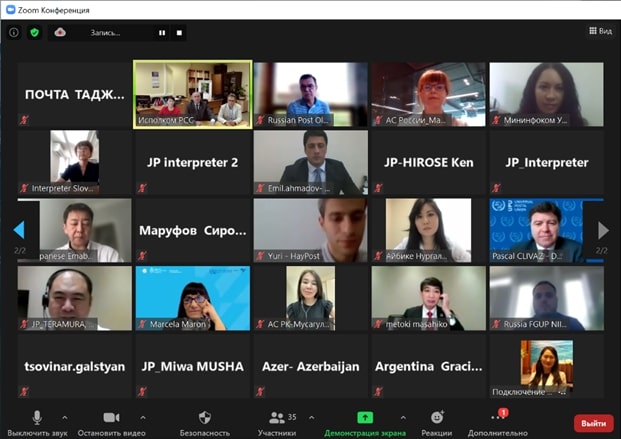 - On the prospects for the development of the Universal Postal Union for the period up to 2025.

- About preparation for the 27th UPU Congress

- On proposals to the draft Action Plan for the implementation of the Abidjan Postal Strategy for 2022 - 2025.

At a round table meeting on the prospects for the development of the Universal Postal Union for the period up to 2025, the following speakers spoke:

- Director for Postal Regulation, Public Innovation of the Cabinet of Ministers of the Republic of Argentina, Marcela Maron;

- Coordinator of programs in Europe, the CIS and related programs of the UPU International Bureau Andrey V. Sudakov;

- Regional expert of the UPU for Europe and the CIS and Coordinator of regional projects Yury Spiriev. 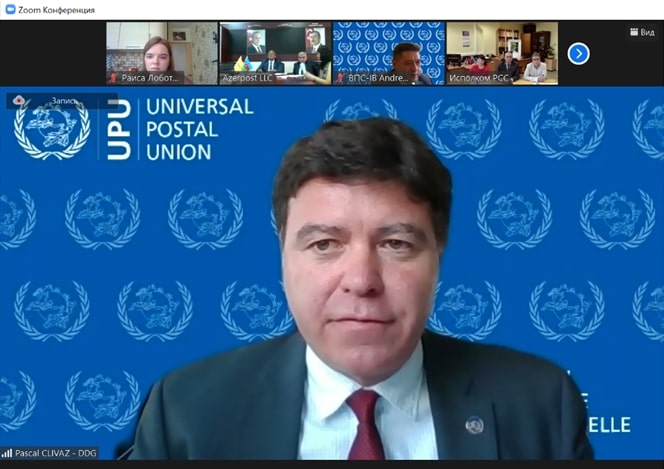 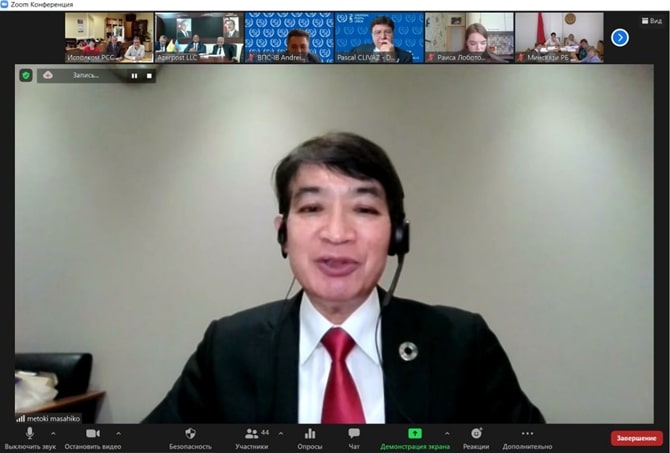 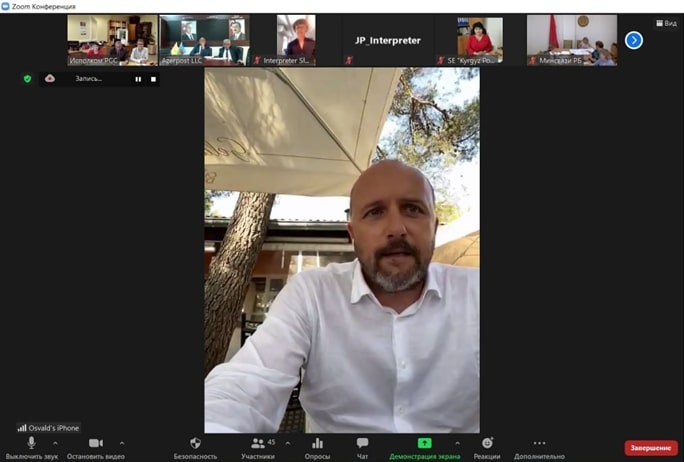 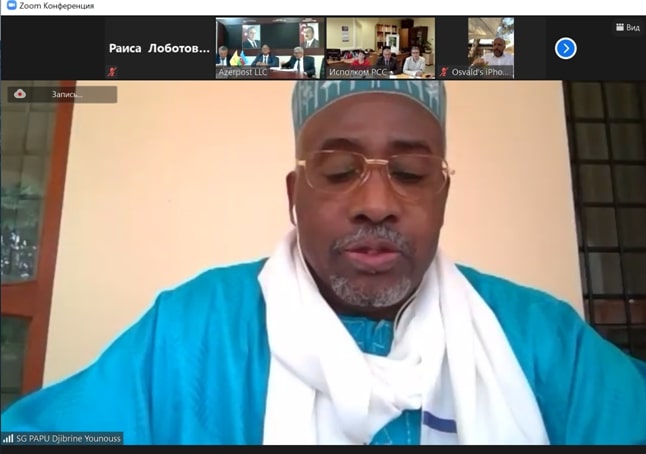 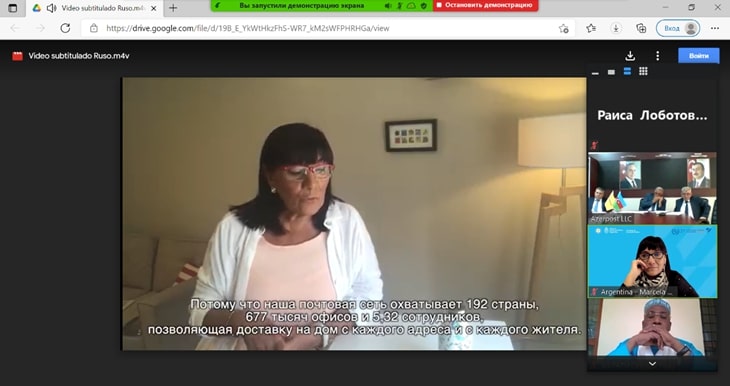 - Head of the postal department of the Ministry of Communications and Informatization of the Republic of Belarus Shimanskaya Svetlana Konstantinovna;

- Head of the GR and external relations service of Kazpost JSC of the Republic of Kazakhstan Nurgali Aibike Muratovna;

The event took place in a constructive business atmosphere. Based on the results of consideration of the agenda items, appropriate decisions were made.

The technical support for the videoconference was provided by the RCC Executive Committee.

In conclusion, the Chairman of the RCC Postal Commission Mamedov Novruz Gulu oglu thanked all the participants of the meeting for the fruitful work, as well as the RCC Executive Committee for the high-quality preparation and technical organization of the meeting in the format of the videoconference.