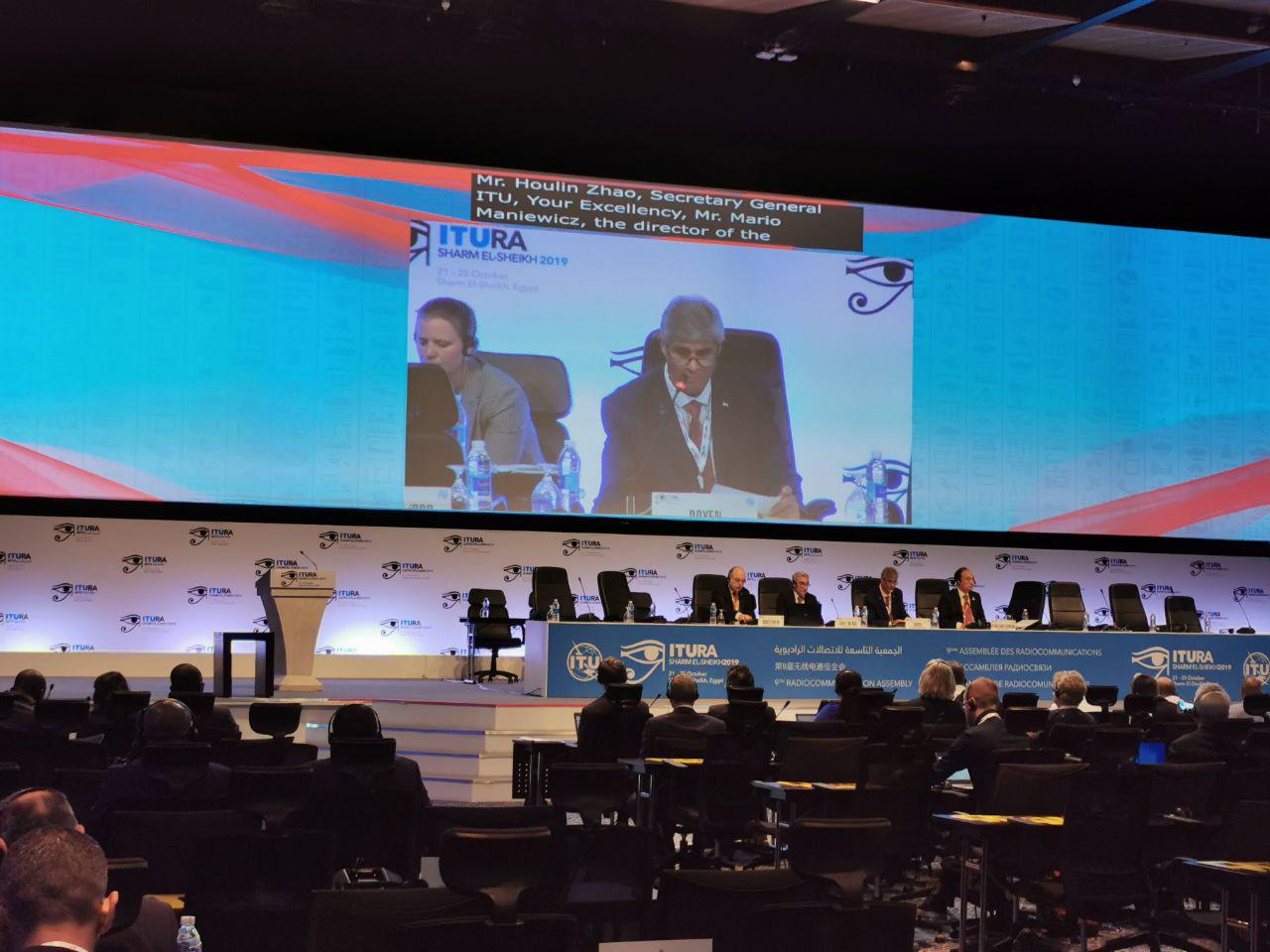 The coordination meeting was held in accordance with the proposed Agenda:
1. Opening of the meeting by N.N Mukhitdinov, Director General of the RCC Executive Committee
2. Approval of the agenda.
3. Brief information by the Head of the working group on working with ITU at the RCC CCM Minkin V.M.
- on the main results of an informal meeting of heads of delegations;
- on the nomination of candidates from the RCC countries to leading posts of the bodies of the Assembly.
4. On the draft structure of the AR-19 and the appointment of those responsible for the Committees and the most problematic issues of the Assembly (Document 1).

5. On the nomination of the countries of the RCC participants for senior positions in the ITU Radiocommunication Sector:
I) RCC Study Groups;
II) Directory Coordination Committee;
III) Radiocommunication Advisory Group;
IV) Conference Preparatory Meeting (Document 2).
6. On the implementation of the Decision of the RCC Commission on RFS and SO dated September 12, 2019 No. 16/5 “Procedure for interaction between delegations of the RCC CAs at WRC-19 / AR-19 of the Commission” (Document 3).

On the first issue, the RCC Director General N.N. Mukhitdinov addressed the audience with a welcoming speech, who drew attention to the great preparatory work carried out by the RCC participants and approved by the relevant decisions of the RCC Commission on RFS and JI, the Council of Heads of RCC CAs.
He also thanked the Chairman of the Working Group on work with ITU V. Minkin for support in the implementation of the Decision of the Council of the Heads of the RCC CAs No. 55 / 25-4, regarding the nomination of representatives of the RCC CAs to the leadership positions of AR-19.

The RCC Director General also emphasized the experience and professionalism of the Chairman of the RCC Coordination Meetings V. Strelets.

The meeting was chaired by the appointed coordinator from RCC, scientific consultant to the General Director of FSUE NIIR Strelets V.A.
Minkin V.M. spoke on 3 questions, who reported to the audience about the results of the past on the eve of an informal meeting of the Heads of delegations of the AR-19.
The discussion was attended by: Strelets V.A., Minkin V.M., Mukhitdinov N.N.

Strelets V.A. spoke on questions 4 and 5, who reported in detail to the audience
on the draft structure of AP-19, the appointment of those responsible for the Committees and the most problematic issues of the Assembly, as well as the nomination of candidates for senior positions in the ITU Radiocommunication Sector: Study Groups, Handbook Coordinating Committee, Radiocommunication Advisory Group and Conference Preparation Meeting.

The discussion was attended by Mukhitdinov N.N., Vasiliev A.V.

In conclusion, the RCC Director General congratulated Pastuh S.Yu. and Nurshabekova R.R. with the nomination of the Chairperson of AP-19 and the Vice-Chairperson of AP-19, respectively. He also wished all participants of the RCC CA delegations successful work on the AP-19.
The work of the AR-19 began in accordance with the Agenda and at the first Plenary meeting, in accordance with the Decision of the Council of Heads of RCC CAs, representatives of our region were traditionally approved. The Plenary Session was held by Pastuh S.Yu., which for the first time in the history of ITU was led by a representative of the Russian Federation. 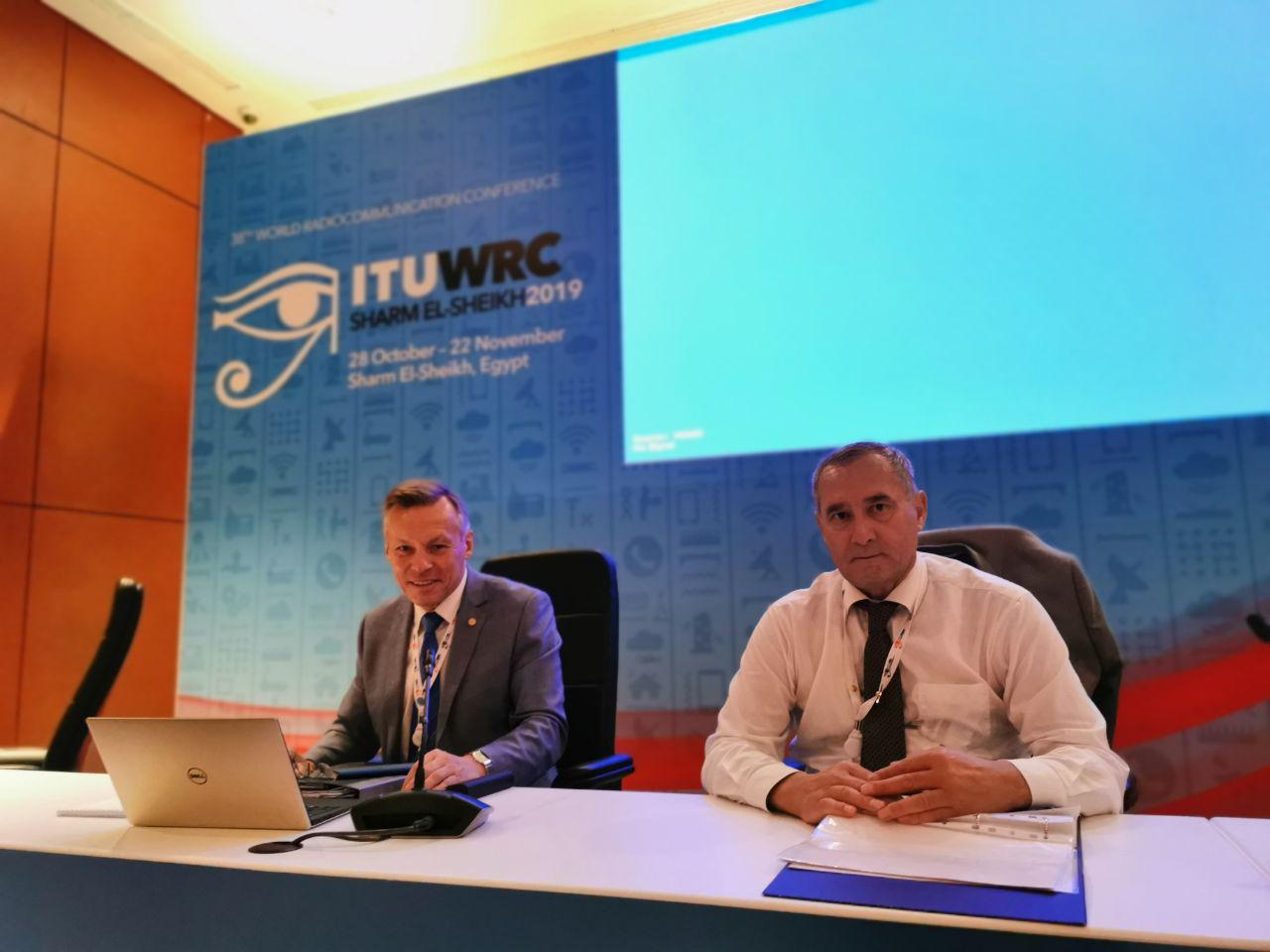 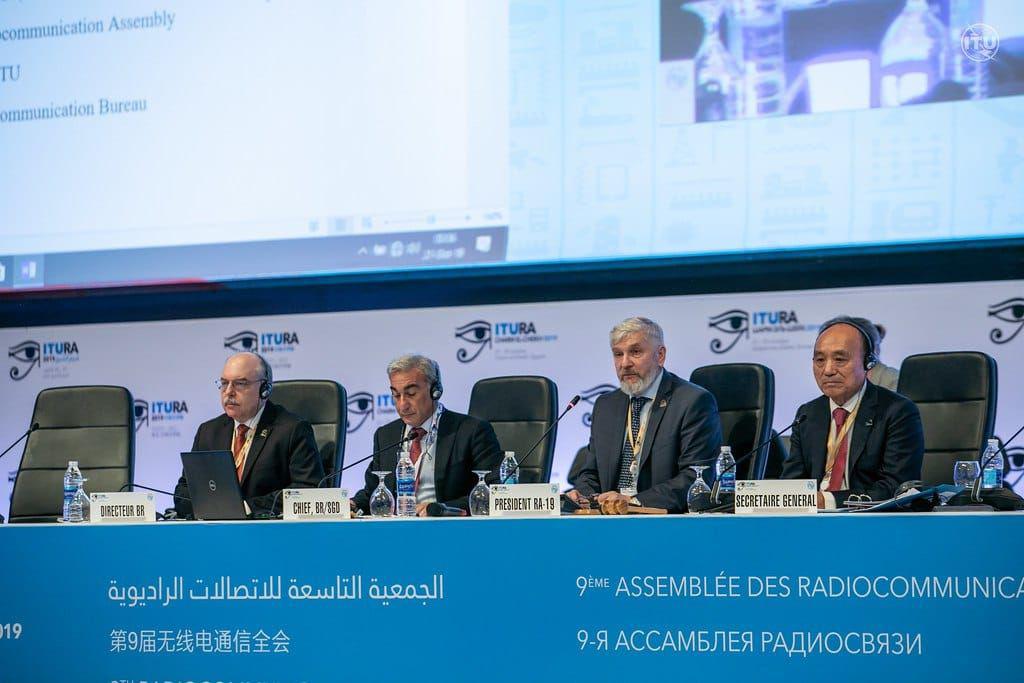 The work of the AP-19 delegations will continue.