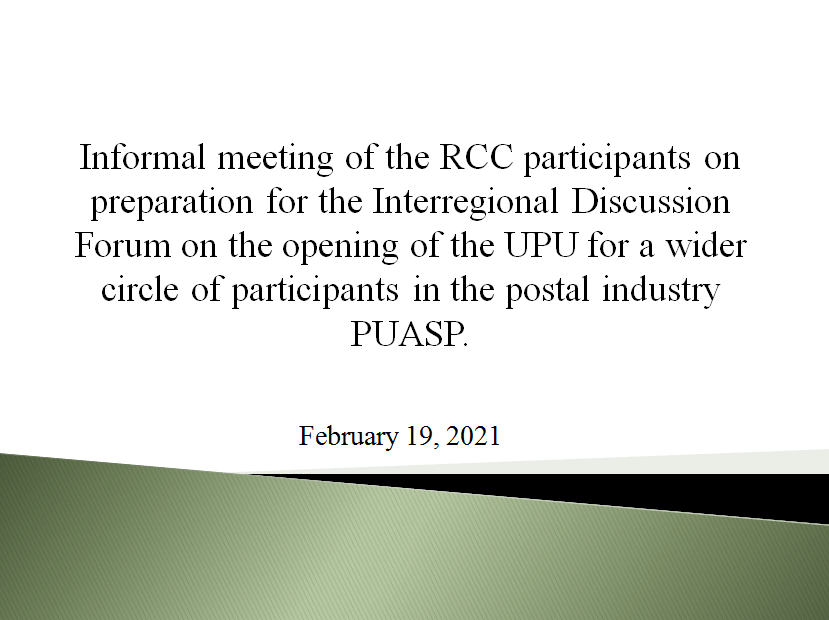 The RCC Executive Committee received an invitation from the Secretary General of the Postal Union of American States, Spain and Portugal (PUASP) to participate in the Interregional Discussion Forum (forum) on the opening of the Universal Postal Union (UPU) for a wider range of participants, which will be held remotely in the period from 24 to 25 February 2021.

On February 19, 2021, at the initiative of the RCC Executive Committee, an informal meeting of RCC participants was held to prepare for the Interregional Discussion Forum on the opening of the UPU for a wider circle of participants in the postal industry (February 24-25, 2021).

The above meeting was opened by the General Director of the RCC Executive Committee Mukhitdinov Nurudin Nasretdinovich.

The meeting was moderated by Natalia Evgenievna Zorya, Deputy Director General of the RCC Executive Committee. 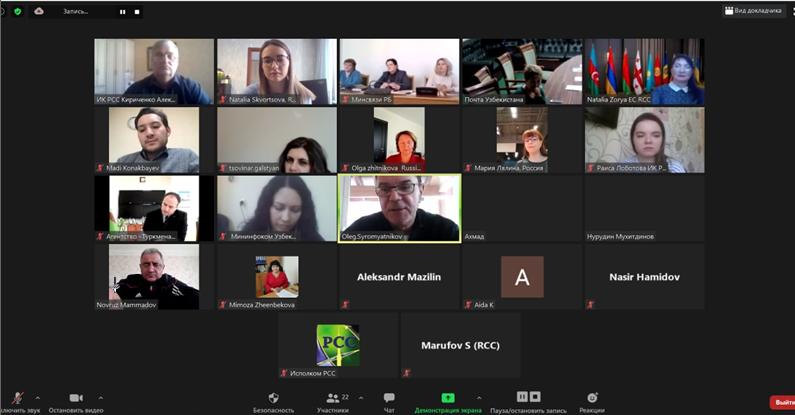 The purpose of the meeting was to exchange views on the agenda of the above forum, to develop an agreed position of the RCC and speakers from our region.

At the same time, at an informal meeting, the head of the delegation of the Communications Administration of the Russian Federation provided the participants with detailed information on the progress of the Task Force, appointed by the Administrative Council of the Universal Postal Union, regarding the opening of the UPU to a wider range of participants in the postal sector.

It should be noted that the Regional Commonwealth in the field of communications is the initiator of increasing the role of Regional Organizations in the activities of the Universal Postal Union. Following the meeting, the participants expressed their gratitude to the RCC Executive Committee for the high-quality and efficient organization of the meeting in the format of a video conference.