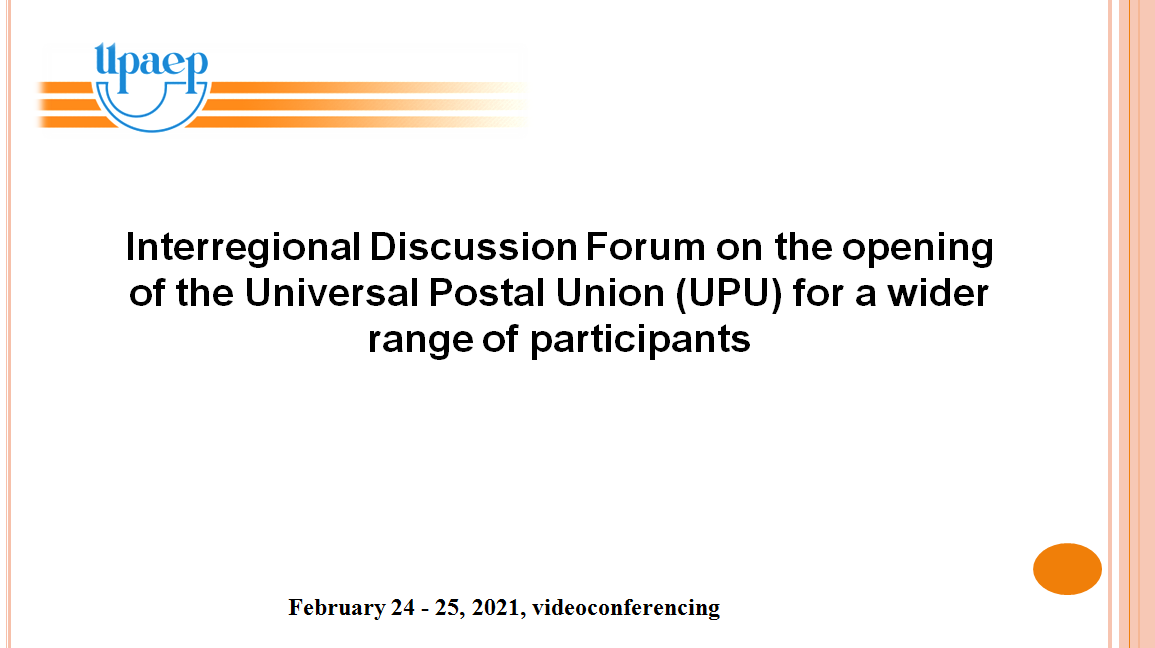 From 24 to 25 February 2021, the Interregional Discussion Forum was held on the opening of the Universal Postal Union (UPU) for a wider range of participants, using the Zoom platform, as well as broadcasting live on YouTube. 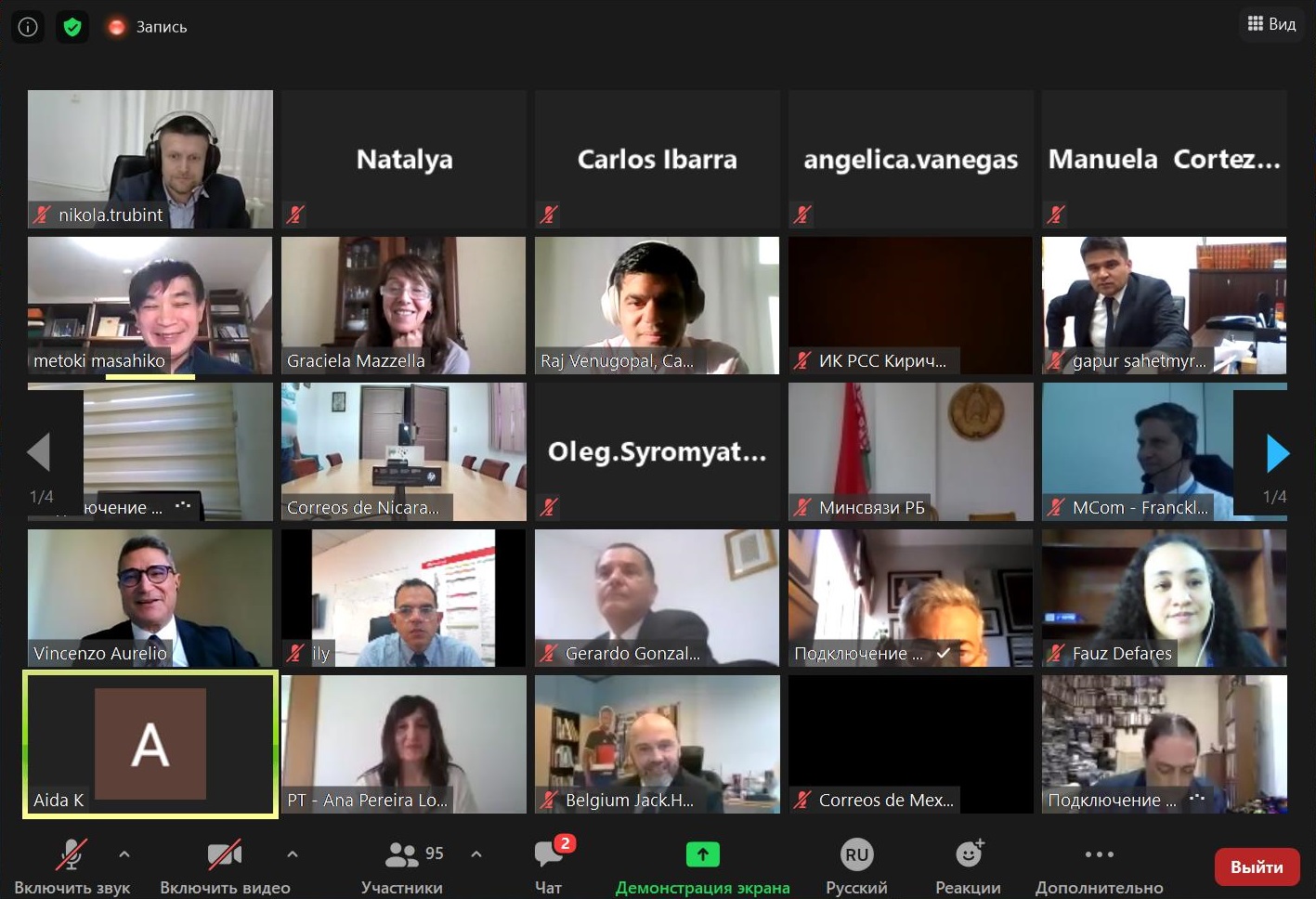 Within the framework of the Forum, the following topical issues were discussed:

Analysis of the proposals submitted by the Task Force.

- Proposal for the identification of Members and sectors to be integrated;

- Eligibility and categories of members (rights and obligations, as well as participation in decision-making);

- Membership fees for participation in the UPU;

- Necessary amendments to the Acts of the Union, stages of implementation and expected dates;

- How to ensure the confidentiality of information;

- Development and characteristics of the work of the Ad Hoc Task Force to open the UPU to a wider range of actors in the postal sector.

The point of view of various actors prior to the UPU opening.

- The mission of the UPU and its role in fulfilling the obligations of the Universal Postal Service. Goals and objectives for its opening. Successful experience of other UN agencies and organizations. A private postal sector perspective;

- Problems associated with the opening of the UPU for Governments and States in general, and in particular as guarantors of consumer rights;

- Recommendations made during the opening for a wider range of participants in the postal sector;

- The position of the UPU International Bureau in connection with the opening of the Union;

- Vision of Regional Unions with the opening of the UPU;

- Candidates for the post of UPU Director General regarding the opening of the Union to a wider range of actors in the postal sector and the implications for the new leadership of the International Bureau.

Within the framework of the above agenda, Oleg Syromyatnikov, Advisor to the General Director for International Business on Interaction with International Organizations of Russian Post JSC, spoke with the general agreed position of the Regional Commonwealth in the field of communications.

The position of the Regional Commonwealth in the field of communications is as follows:

The wider postal sector needs to exercise caution when opening the UPU.

In this context, the Regional Commonwealth of Communications generally supports the phased approach proposed by Posteurop:

- stage 1: analysis of the risks and benefits of opening the UPU;

- stage 2: testing the opening of some products and services to clarify the possible conditions for such an opening, as well as the potential undesirable impact on participants in the postal market and the delivery market as a whole;

At the end of the Forum, the participants thanked the organizers for preparing the Interregional Forum and for such an interesting discussion. We also wished each other further fruitful work.