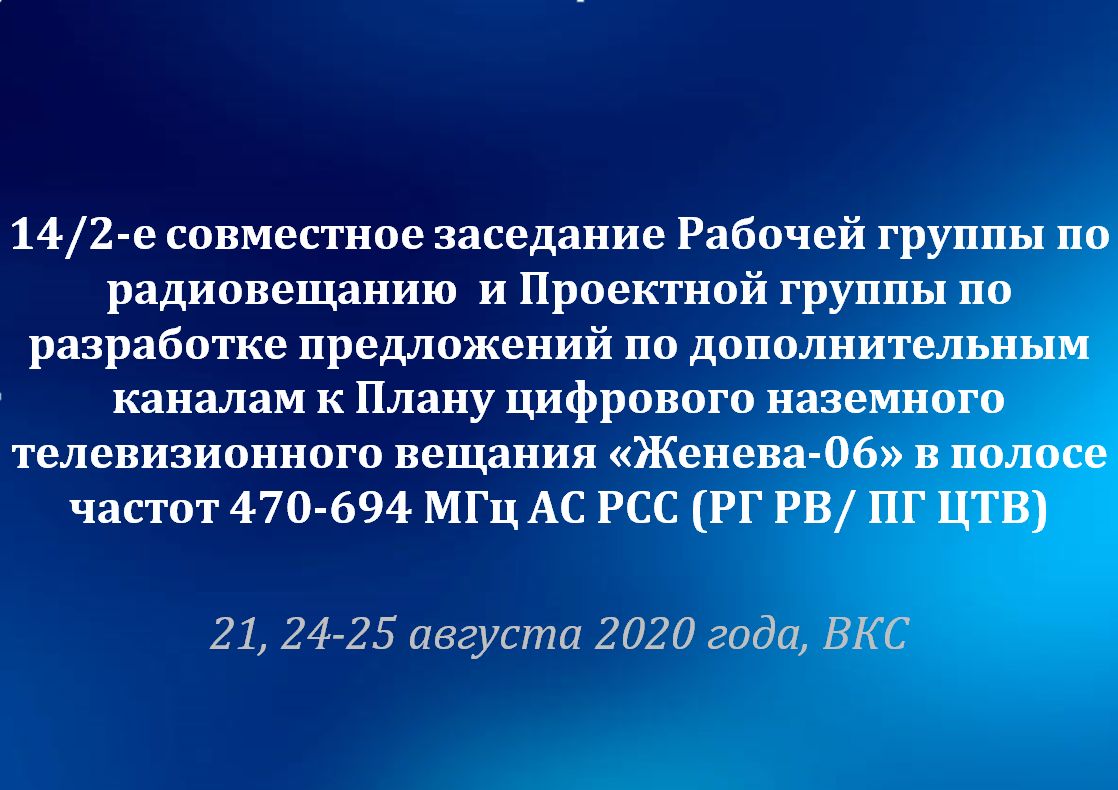 On August 21, 24 and 25, 2020, the 14th/2nd joint-meeting of the Working Group on Radio Broadcasting and the Project Group on the development of proposals for additional channels to the Digital Terrestrial Television Broadcasting Plan "Geneva-06" in the frequency band 470-694 MHz CA RCC of the RCC Commission on the regulation of the Usage of the Radio Frequency Spectrum and Satellite Orbits (WG RB / PG DTB) via the videoconference format using the Zoom application.

Technical support for the videoconference was provided by FSUE "NIIR".

The meeting was held under the chairmanship of the Chairman of the WG RB, Deputy Director of the STC EMC FSUE "NIIR" Korzh Vladimir Alexandrovich who wished everyone fruitful and successful work.

The agenda of the meeting included:

- Exchange of experience and information on the implementation of digital sound and terrestrial television broadcasting in the countries of the RCC members. Consideration of the RCC CAs replies to the ITU-R BR Questionnaire on spectrum use and spectrum requirements for terrestrial television broadcasting in the 470-960 MHz frequency band under WRC-23 agenda item 1.5;

- Carrying out work on the preparation of a working document for the draft RCC report "Study of the conditions and consideration of options for the implementation of promising TV broadcasting systems and the formation of common approaches of the RCC members in relation to the prospects and timing of implementation, taking into account the existing and expected future availability of the Radio Frequency Spectrum";

- Carrying out work on the preparation of a working document for the draft RCC report "Development of general principles for the protection of stations in the broadcasting service from the interference of the mobile service in the main and adjacent frequency bands, taking into account the decisions of WRC-15";

- Implementation of the decisions of the 53rd Board of the CAs Heads on the usage of the 694-790 MHz frequency band in the RCC Member-States.

The event took place in a constructive business atmosphere and atmosphere. Appropriate decisions were taken on topical issues of the agenda.

Concluding the meeting, the Chairman of the WG RB thanked the participants for the completed work, and also wished everyone good health and success in implementing the decisions taken at this difficult time.

The above meeting was attended by a representative of the RCC Executive Committee Head of the sector for work with ITU, UPU and RO - Kirichenko Alexander Vladimirovich. 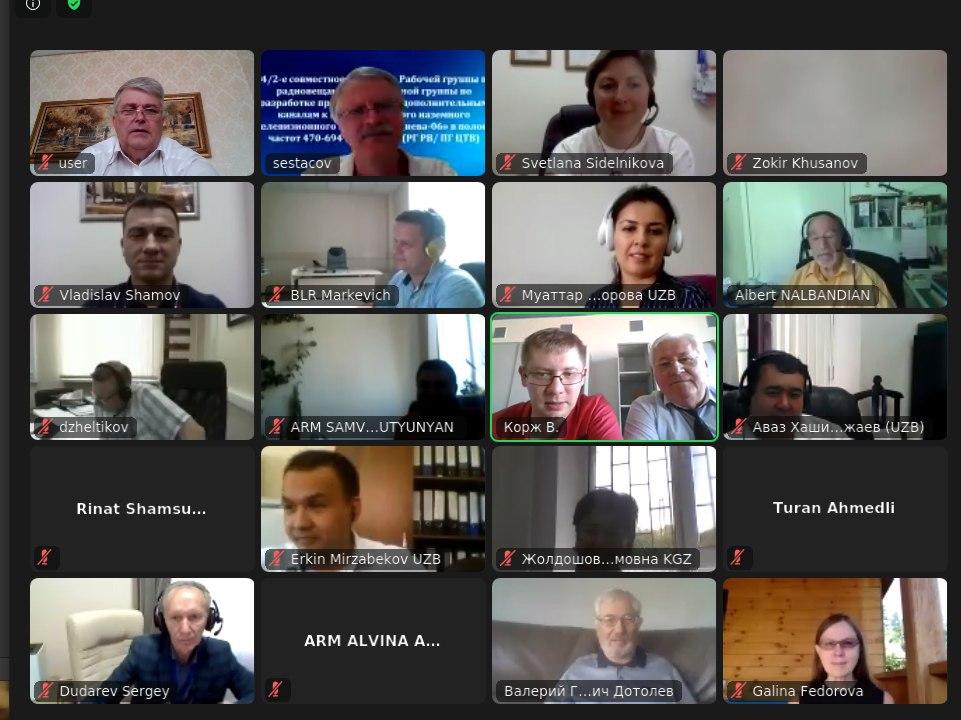