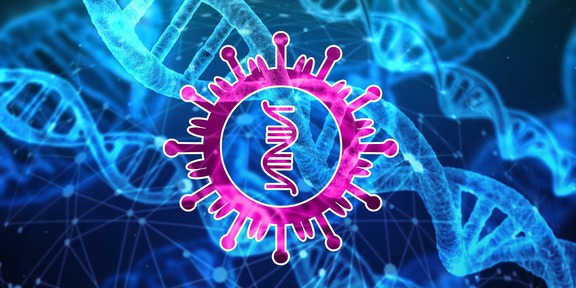 The first phase of the resumption of normal work has failed due to a sharp outbreak of disease, in connection with which postal activities have been suspended.

By decree of the government of the country, the lockdown was extended until July 12, due to which, until the same day, the work of Honduras Post was suspended on the entire chain of postal deliveries.

Due to the increase in the number of cases of coronavirus, Israel Post has decided to maintain such restrictive measures as the cancellation of receiving written notice of delivery, social distancing and a limited number of field employees.

There may be delays in the processing and delivery of all types of IGOs.

Two districts were completely quarantined - La Marina (Galicia) and Segria (Catalonia). Residents are prohibited from leaving their area, and the mask regime has been introduced everywhere, including on the beaches.

Due to the increase in the incidence of coronavirus, the authorities of Kazakhstan decided to introduce restrictive measures for a period of 14 days from July 5, according to the government's website.

Citizens over 65 years old were obliged to observe self-isolation, the rest are prohibited from gathering in groups of more than three people. Organizations should relocate employees to telecommuting whenever possible.

The past 2 weeks have seen a sharp outbreak of COVID-19 in Beijing.

Total controls on entry and exit, police squads and security checkpoints are posted along the entire border of Beijing. Everyone entering Beijing must leave their contact information, as the city has a high response regime. You can leave Beijing only in case of emergency and only with a certificate of the absence of coronavirus. Special control over the residents of the Fengtai region, where martial law has been introduced.

Citizens can monitor the situation through the daily press conferences of the Government.

The country's government has stepped up restrictive measures in the Analamanga (Antananarivo) region until July 20.

In the capital, the movement of people is limited and the work of public transport is suspended.

The Madagascar Post has suspended the delivery of letter post indefinitely, however, EMS delivery continues to mailboxes during OPS opening hours (8.00-11.30).

According to the government's decision, sanitary measures, including the lockdown of Male, have been extended until July 4. International flights to/from the country have been suspended until July 15. Access to OPS is closed, social distance is preserved.

By the decision of the government, the lockdown regime in the country was extended until July 22. Until the same date, all international flights have been cancelled.

By the decision of the government, the emergency was extended until July 31. During this time, state borders will be closed, international road, air and sea communications will be suspended.

Starting from July 1, Peru Post has resumed the provision of postal services in a limited mode - postal items are delivered only within the capital of the country due to transport difficulties.

On July 7, Serbian President Aleksandar Vucic announced that he was introducing a curfew in the country - it will operate from Friday evening to Monday morning. Also, gatherings of more than five people are prohibited.

Australia will continue to gradually lift its quarantine regime, despite the second wave of COVID-19 that began in late June, the Australian Prime Minister said. Some state borders remain closed.

The Albanian government has announced the end of the emergency regime. The operations of Albania Post have been partially restored thanks to the resumption of international flights, however, the designated postal operator is unable to deliver items to a number of countries.

On July 4, the authorities intend to begin the third stage of lifting the quarantine, when, subject to a number of restrictions, restaurants, cafes and pubs will begin to receive visitors, hairdressers, hotels, libraries, temples, cinemas and museums will resume work.

Mandatory quarantine for arrivals from 50 countries will be cancelled in England. The UK Department of Transport noted that in Scotland, Wales and Northern Ireland, local governments themselves decide to extend or lift restrictions.

Starting June 13, we resumed the delivery of untracked emails and small packages on Saturdays.

The country's designated postal operator has resumed its operations and is again able to receive mail via cargo planes due to the easing of the lockdown and the reopening of airports.

quarantine measures in the country are gradually being weakened, and OPSs operate on Mondays, Wednesdays and Fridays. The airport remains closed to passenger flights, however, the designated postal operator can accept the letter and parcel mails sent by cargo flights.

The designated postal operator has fully resumed operations and is now ready to ship IGOs ​​worldwide.

Lockdown in the country has been extended, however, some relaxation has been introduced.

Due to the improved transport situation, the designated postal operator has resumed sending mail to most countries, however, there are problems with the frequency and regularity of international flights from the country.

The quarantine regime in the country was cancelled on June 17, however, the reduced number of staff at workplaces is still maintained, and the work of some OPS has been suspended.

The country's designated postal operator has resumed all postal services, as well as the handling and delivery of international mail. Regular flights to/from the country have resumed since July 1.

The designated postal operator of the country announced the resumption of all types of postal services.

The provision of postal services has been partially resumed starting from June 16.

In connection with the resumption of Tunisair flights on June 27, the designated postal operator resumed sending mail to a number of countries.

Starting from July 11, the French authorities are introducing transitional measures to get the country out of the emergency sanitary and hygienic situation. Nevertheless, the regime will remain in the overseas territories of France - Guiana and Mayotte until October 30.

A plan to remove the lockdown is being implemented at enterprises and government agencies.

The French Post is committed to ensuring hygiene measures and controlling the flow of people.

Processing of parcels weighing up to 30 kg and no more than 1 m in length is resumed, all OPSs return to normal operation.