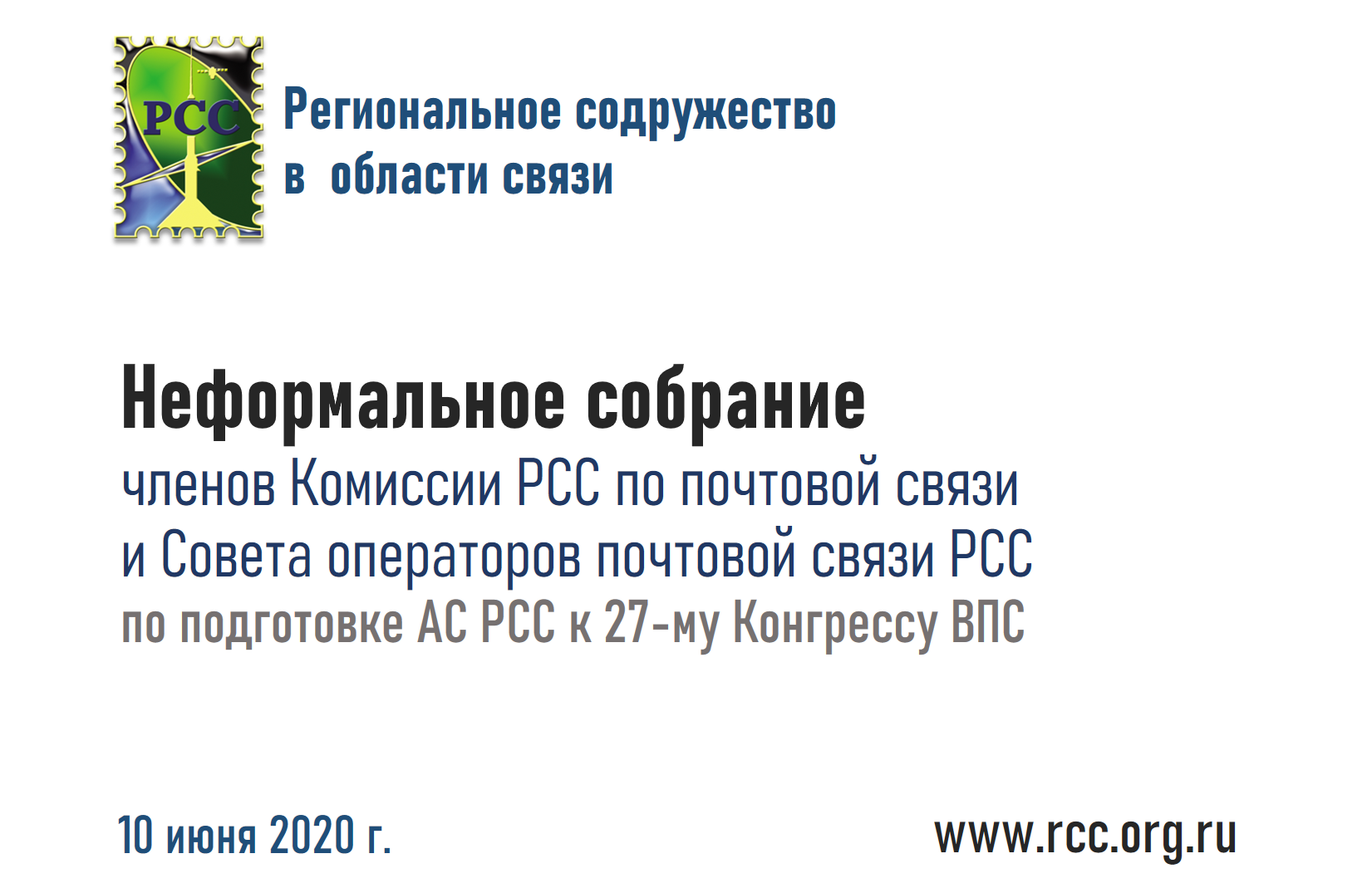 The purpose of the meeting was to discuss a wide range of issues to develop agreed approaches in the current situation regarding the timing, venue and further preparation of the RCC CAs for the 27th UPU Congress. 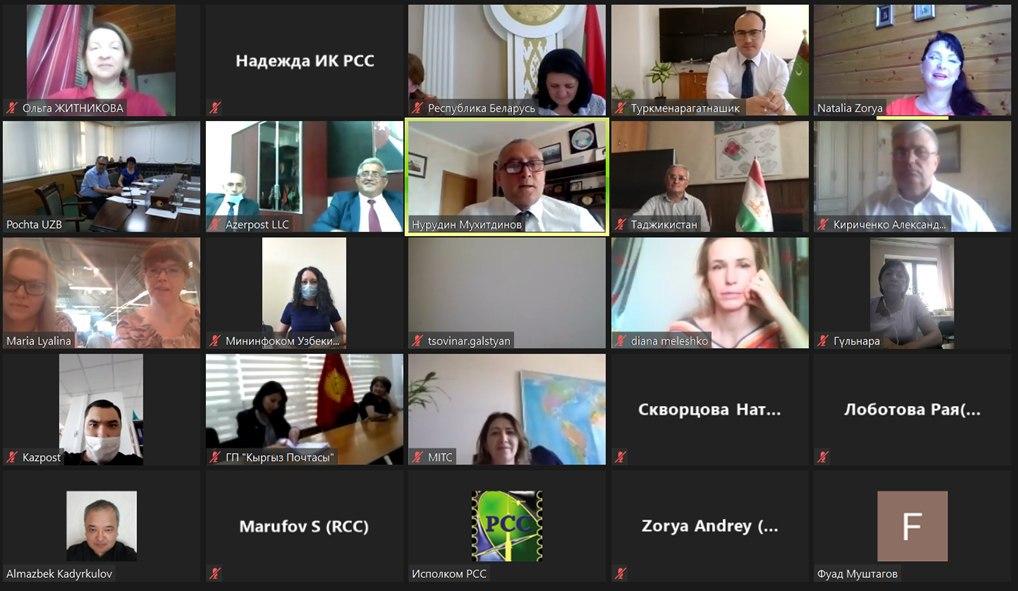 The Informal meeting was opened by the General-Director of the RCC Executive Committee, Mukhitdinov Nurudin Nasretdinovich.

Welcoming remarks were addressed to the meeting participants:

- Chairman of the RCC Working Group on working with UPU, Deputy Minister of Communications and Informatization of the Republic of Belarus Natalia Gordeenko,

- Chairman of the RCC Postal Commission, Head of the Postal Sector of the Ministry of Communications and High Technologies Mammadov Novruz Gulu oglu,

The meeting was chaired by the Chairman of the UPU Working Group, N. M. Gordeenko

The following issues were considered at the meeting:

On the first issue on the agenda, the discussion took place in a round table format. Based on the discussion, a unanimously agreed decision was made on the feasibility of holding the 27th UPU Congress in a truncated format in November-December 2020 (Geneva).

Taking into account that the Communications Administration of the Republic of Kazakhstan is a member of the Administrative Council of the Universal Postal Union (AC UPU), the meeting participants asked the CA of the Republic of Kazakhstan to send an offer to the Chairman of the AC UPU to hold an extraordinary meeting of the AC UPU to determine the place, time and include it on the agenda the question of the election of the UPU leadership.

A discussion was held on the second and third issues on the agenda and appropriate decisions were made.